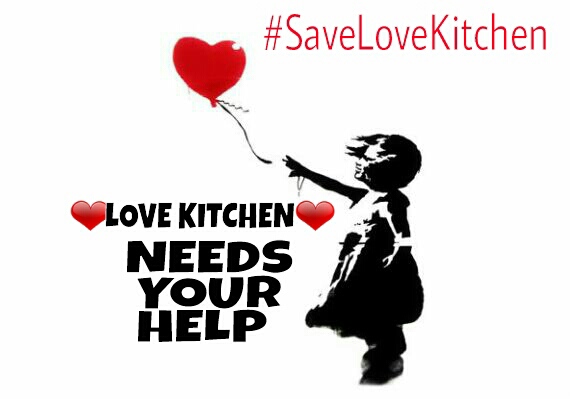 On 26th Aug, Chris Oliver, who is a founding of Love Kitchen, Hastings, was contacted by Hastings Council, who  two and a half months ago tried to shut down Love Kitchen. But backed down after a petition, protest, media and social media campaign.The council have now said if Love kitchen do not get a food operator licence, insurance etc. It will be shut down. Just as winter is coming!

On Sunday 28th June Love Kitchen Hastings, a group of Hastings residents, inspired by Love Activists London, to feed and clothe Homeless people, were told that their regular weekly stall in Hastings town centre must stop!

Chris Oliver, founding member of Love Kitchen has been in conversation with Hastings Council over the last few week. Chris said; ” At first they wanted to move us down into an alleyway where we “would not be seen” . I negotiated with them to use the upper circle outside Poundstretcher. Today they turned up and told us that if we continued we could face prosecution as we did not have a Street Trading Licence. They then said we would not receive one anyway. They said that we were also breaking food safety laws but have not explained exactly what is required. If we get shutdown then I fear that many regulars will not eat on Sunday. It has been referred to as Suicide Sunday which is why we come out this day.”

Love Kitchen, Hastings was set up by local people in February 2015, after being inspired by Love Activists, London, who over Christmas 2014 occupied a bank in the heart of the West-End of London, to shelter, feed and clothe Homeless people and highlight the growing issue of Homelessness.

Many people all over the UK have also  set up Love Kitchens.Brighton Love Kitchen is in the heart of the city and has not been stopped.

Love Kitchen member Zeeta Mcbrine
Said : ”  I am just shocked at the lack of compassion and support the council have given us. We are all human and need the same basic things to survive in this world. Hastings council have already let these people down by allowing the system to discard them onto the streets. The council have a duty of care and they have failed each and every one of the people whom come to us, it is now the communities chance to succeed where the council had failed.

There are many Love Kitchens around the UK that are fully supported by their local councils and I cannot see any reason other than ignorance as to why Hastings Council have taken this unfair and unwarranted decision to close us down and threaten us with prosecution. ”

Anton Burton on Hastings Council’s decision said: ”  As the organiser of the St Leonard’s street market on kings road I can assure you that you do not need a street trading consent to give away clothes as long as you are not charging, although you may be required to have public liability insurance, there are issues with food but nothing that cannot be easily worked towards.”

Hastings Council have so far failed to respond to questions or comment on the ban.

When asked why the action by Hastings Council to shut Love Kitchen down should matter to people, Chris Oliver said : ” It would be difficult to count everyone it has helped. The people that come up to the table have welcomed the support and some cases come up for the chance to be treated like a human for once. Just being spoken to and listened to as normal person is something that many miss out on.”