It is widely know that Mr Osborne had a major fall out with the current Prime Minister Theresa May over who would lead the Conservative party and be Prime Minister after David Cameron resigned over the Brexit vote.

Today was Osborne’s first chance to get his revenge on Theresa May and he didn’t hold back in his editorial. 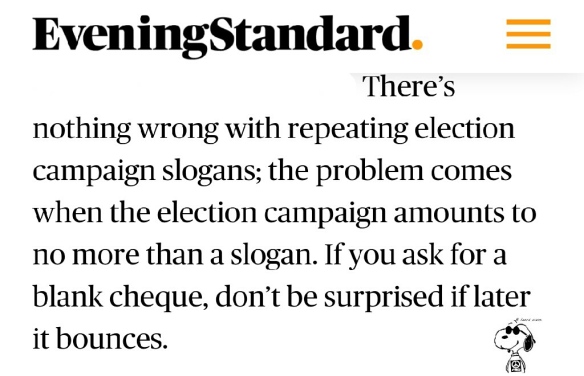 ‘There’s nothing wrong with repeating election campaign slogans; the problem comes when the election campaign amounts to no more than a slogan. If you ask for a blank cheque, don’t be surprised if later it bounces.’

We all look forward to tomorrow’s edition 😅